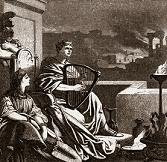 I haven't read every English blawg over the last month, but I've read quite a few. Correct me if I'm wrong, but I don't think any blawger has mentioned the crisis that many solicitors' firms are currently enduring. Well, it may be 'business as usual' for blawgers, but it certainly isn't for many high street and provincial practices. The utter collapse of the housing market has meant that the 'bread and butter' regular domestic conveyancing income that such practices rely on has almost dried up, with the result that many firms are having to lay off staff.

I've been in this profession since 1980. During that time, I've seen a few ups and downs in the domestic conveyancing market, and I've heard of firms making staff redundant before, but never on this scale. Hardly a day seems to pass without news of another firm laying off staff, and not just one or two people - I've heard of firms laying off eight, ten or even fourteen people. I'm sure some firms may have to close completely, and wouldn't be surprised if this hasn't happened already. Of course, I only hear of firms in my area, but I'm sure this scenario is being repeated across the country.

Why has the housing market ground to a halt? Well, I'm not a conveyancer, but I've discussed the matter with conveyancing colleagues and it seems to me that there are two main factors: the problems with the mortgage market stemming from the US sub-prime mortgage crisis, and the introduction of Home Information Packs ('HIPs'). Colleagues suggest that the bigger of these factors is HIPs, which became compulsory for all house sales on the 14th December last, and the expense of which is deterring many potential sellers from putting their properties on the market. HIPs have also given more power to estate agents, who are directing sellers to their HIPs providers and, inevitably, to their own conveyancers (who will have prepared the HIPs) - so firms that don't have a business arrangement with a large chain of estate agents are being left out in the cold, and may therefore continue to miss out when the housing market recovers.

Does all of this matter if you're not a conveyancer? Well, as I've said, for many small firms domestic conveyancing provides a regular income upon which they rely. If that goes, there will be an inevitable knock-on effect in other areas of their work, and some firms may go out of business entirely, reducing consumer choice.

I may have been a little harsh on fellow blawgers at the beginning of this post. Few of them are solicitors, and I suspect that most are therefore ignorant of the problem - certainly I've not seen it mentioned in other areas of the media either. I'm afraid it's somewhat upsetting to see the suffering of colleagues in the profession being met with complete indifference.
Labels: Legal Profession