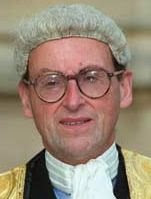 The judgment in Myerson v Myerson [2009] EWCA Civ 282 has captured the headlines around the world (see, for example, here and here), but did the decision come as any surprise? The answer, quite clearly, is "no". As Lord Justice Thorpe (left) said: "Although the present appeal has its dramatic features, its resolution is not, in my judgment, difficult. The principles governing an application to set aside an ancillary relief order on the grounds of some dramatic subsequent event have been clearly established and consistently applied over the course of the last 20 years". He was, of course, referring to Barder v Barder (Caluori Intervening) [1988] AC 20, and the line of cases that followed that famous decision.

Before going into the detail of the judgment, however, a brief look at the facts. The husband is a fund manager, whose assets consisted of a very substantial share holding and various properties. On the 28th February 2008 a settlement was reached at a Financial Dispute Resolution hearing. Of the assets then valued at £25.8 million, it was agreed that the wife would receive £11 million (43%) and the husband would retain £14.5 million (57%). The order giving effect to the settlement was made on the 19th March 2008. A property worth £1.5 million was transferred to the wife, and she was to receive the balance of £9.5 million by way of a first instalment of £7 million due on the 3rd April 2008 and four further instalments of £625,000 on the 3rd April in each of the following four years. The £7 million instalment was paid, leaving the balance of £2.5 million outstanding.

Then the recession hit. The husband's shares plummeted in value from £2.99 each at the date of the settlement to just 27.5 pence each in March this year. The effect of this, according to the husband's counsel, was that if the settlement was implemented, the husband's assets would be minus £539,000 and the wife's plus nearly £11 million. The husband therefore appealed the order, asserting that forces within the global economy and the collapse in the share price had rendered the order "both unfair and unworkable", and contending that the events were sufficiently dramatic to fall within the principles set out in Barder.

To recap, the Barder principles were set out in that case by Lord Brandon:

"A court may properly exercise its discretion to grant leave to appeal out of time from an order for financial provision or property transfer made after a divorce on the ground of new events, provided that certain conditions are satisfied. The first condition is that new events have occurred since the making of the order which invalidates the basis, or fundamental assumption, upon which the order was made, so that, if leave to appeal out of time were to be given, the appeal would be certain, or very likely, to succeed. The second condition is that the new events should have occurred within a relatively short time of the order being made. While the length of time cannot be laid down precisely, I should regard it as extremely unlikely that it could be as much as a year, and that in most cases it will be no more than a few months. The third condition is that the application for leave to appeal out of time should be made reasonably promptly in the circumstances of the case."

Since Barder, there have been more than a dozen reported cases in which the principles have been applied, but only in Cornick v Cornick (1994) 2 FLR 530 did the applicant rely upon a dramatic fluctuation in share prices (albeit then an upward fluctuation - how times change). In that case, it was clearly stated by Hale J that where: "An asset which was taken into account and correctly valued at the date of the hearing changes value within a relatively short time owing to natural processes of price fluctuation" ... "The court should not then manipulate the power to grant leave to appeal out of time to provide a disguised power of variation which Parliament has quite obviously and deliberately declined to enact". It was therefore clear that the husband's appeal should be dismissed. However Lord Justice Thorpe found four other reasons for refusing relief:

1. The settlement was agreed by the husband, with all his knowledge and experience.

2. The husband sought the repayment of all or part of the first instalment of the lump sum in exchange for transferring to the wife an unspecified number of his shares: "When a businessman takes a speculative position in compromising his wife's claims, why should the court subsequently relieve him of the consequences of his speculation by re-writing the bargain at his behest?"

3. He still has the opportunity to turn the business around (he has apparently been making statements to this effect to the press).

4. He has already made an application to vary the future instalments, both as to quantum and timing which, given that the outstanding instalments amount to £2.5 million, would give him "much more than token relief".

A spokesman for the husband has indicated that he intends to take his appeal to the House of Lords. Given all of the above, the prospects of such an appeal succeeding look very slim indeed.

It has been suggested by family lawyers that this decision will 'head off' the 'deluge' of similar applications by bankers and traders hit by the recession. We shall have to see.

And what do I think? Well, firstly the principle that capital orders should be final remains intact (save, of course, for the limited powers to vary under s. 31 MCA) and secondly, it appears to me that, at the time of the settlement, Mr Myerson got what then must have looked a pretty good deal. He retained more than 50% of the assets (when surely Mrs Myerson could have claimed entitlement to a full 50% - it was, after all, a long marriage), on a clean break basis. Presumably, he could have sold his shares immediately after the settlement, but instead he chose not to, continuing to speculate in the financial market. That market could have gone up, in which case he would now be 'sitting pretty' - would he have then gone back to his (ex) wife and offered her more? I think not. He took the risk of the market and lost - why should Mrs Myerson have to pay for that?
Labels: Finance/Property Law Reports