Phrases I no longer want to see #1 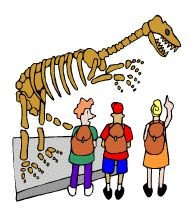 In the first of what may be an occasional series, I thought I would relate some of the gems of drafting that I have come across in letters that I have received from other solicitors over the years.

My first example has been an all too frequent visitor to my desk, used by aggressive solicitors, often who specialise in general litigation rather than family law. They think that my client has done something he/she shouldn't have done, or has failed to do something they should have done. Accordingly, the letter comes to me threatening to take proceedings against my client and to seek an order that my client "be condemned in costs". Pardon? Condemned? Have these dinosaurs never heard of Resolution or the Family Law Protocol? They obviously want to scare my client into acquiescence, but they have a complete disregard for the long-term effect of such language upon my client and the prospects of reaching an amicable settlement. Please, people, language like this belongs to a (thankfully) bygone era.
Labels: Legal Profession