Don't you just love our parliamentary system? I've just read an article in the June issue of Resolution's magazine The Review about the progress of Lord Lester's Cohabitation Bill, which had its Second Reading on the 13th March and then went to Committee Stage on the 30th April.

The Second Reading appears to have been quite interesting, with some reasonable debate both for and against the Bill. However, things were rather different at Committee Stage, as the authors of the article state: "In contrast to the proceedings at Second Reading, sitting in the Chamber was a somewhat dispiriting experience. Instead of the reasoned arguments 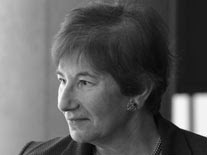 that we enjoyed at Second Reading , it quickly became clear that some peers were out to wreck the Bill, for example, spending time on procedure around the tabling and grouping of amendments rather than the issues". The villainess of the piece, it seems, was Baroness Deech of Cumnor (where?) who, as Lord Lester stated, was clearly out to kill the Bill. As a result, little progress was made and the Government Whip's Office have since indicated that they are not prepared to make any more time for the Bill in Committee, 'as there is no real likelihood of it becoming law'.

So, the wreckers win the day and another opportunity to provide protection for separating cohabitants (or at least to have sensible debate about the issue) has been lost. Parliamentarians can now get back to dealing with the really important things, like whether their moats need cleaning.
Labels: Cohabitation