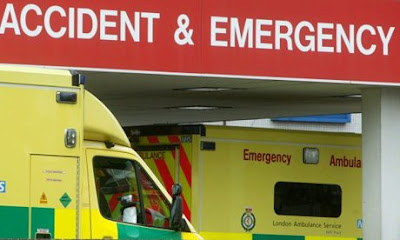 A few months ago I wrote an article for Family Lore Focus about the way in which damages for personal injury are dealt with on an ancillary relief claim. The leading case on the subject remains Wagstaff v Wagstaff [1992] 1 FLR 333, in which the Court of Appeal held that the damages could be included as one of the assets available for distribution between the spouses.

In the course of researching for the article I came across the 1999 Law Commission Report Damages for Personal Injury: Medical, Nursing and Other Expenses; Collateral Benefits. In that report the Commission considered the linked issue of whether claimants should be allowed to recover damages for losses, whether pecuniary or non-pecuniary, arising out of a divorce foreseeably consequent on an actionable personal injury. The report summarised the law on the point at paragraphs 2.55 to 2.62. Despite the earlier decision in Jones v Jones [1985] QB 704, in which the claimant had recovered the loss represented by a lump sum order against him for his former wife's accommodation, the Court of Appeal held in Pritchard v J H Cobden Ltd [1988] Fam 22 that even though it had been conceded that the divorce and the loss it caused to the claimant were foreseeably caused by the claimant's injuries, damages for those losses could nonetheless not be recovered. The Court of Appeal relied on three principal arguments:

1. No 'loss' was involved in orders made under the Matrimonial Causes Act 1973 for the redistribution of matrimonial assets. Sir Roger Ormrod made the obvious point that "these orders neither add to nor reduce the total of the assets available to the spouses before the divorce; they merely redistribute them."

3. The court deciding the quantum of damages in the personal injury action might have to try to foresee what the outcome of future matrimonial proceedings would be.

The Law Commission considered these and other issues (such as causation and remoteness) and concluded (at paragraph 6.34) that the law should not be reformed to allow claimants to recover damages for losses, whether pecuniary or non-pecuniary, arising out of a divorce foreseeably consequent on an actionable personal injury.

I am not a personal injury lawyer, and I do not know whether this issue has been considered further since the report, whether by the court or otherwise (if it has, please let me know). However, the arguments put forward by the Court of Appeal and Law Commission do appear persuasive, in particular the point made by Sir Roger Ormrod: the divorce court merely redistributes the assets, so where is the loss? There is an argument for non-pecuniary loss (in Jones v Jones, part of the award for non-pecuniary loss included an element reflecting emotional pain resulting from the divorce), and this was considered by the Law Commission at paragraph 6.30. I think that this argument may have slightly more merit, but it was also rejected by the Commission, which considered that it: "would be arbitrary for the law to compensate non-pecuniary losses but not pecuniary losses when as a result of a tort both losses may have been suffered".

(This post is brought to you from First4Lawyers.com.)
Labels: Divorce Finance/Property