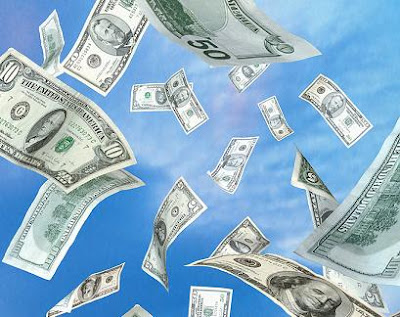 Reading the big-money cases reported over the years and dealing (occasionally) with cases involving significant wealth myself, I've often been amused by the amounts that parties claim they need to live on. However, a case hitting the headlines in America takes the amusement to a whole new level.

Jamie McCourt is the wife of Frank McCourt, the owner of the LA Dodgers baseball team (although his sole ownership is disputed by Mrs McCourt). The pair appear to be heading for a highly-public and highly-acrimonious divorce after he dismissed her from her position of chief executive officer of the team, after she allegedly had an affair with her driver (or was it her bodyguard, as some reports suggest?). She responded by filing for divorce and reportedly seeking alimony (that's maintenance to you and me) of an eye-watering $488,000 a month, or about £300,000 a month. She claims that she needs this for such essentials as private jets, five-star hotel accommodation, "personal care" (£7,000 a month) and flowers in her office. Even in the state that is not known for its lack of excess this has raised a few eyebrows, with one local paper remarking that the divorce "seems destined to titillate and disgust the common people in Southern California who wouldn't even know how to spend $500,000 a month". Nope, nor would I, although I wouldn't mind finding out.
Labels: Finance/Property