No fossil rabbits in the Precambrian 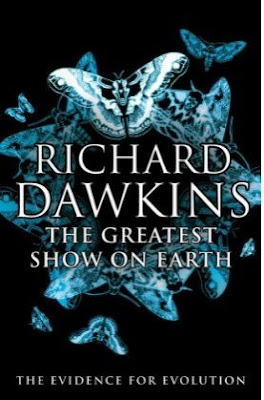 When I am ready to shuffle off this mortal coil I will not be able to console myself with the thought that I did anything useful with my life. I did not make any great scientific discoveries, I did not save lives and I did not teach children the wonders of the world. I was a lawyer. Still, it could have been worse - I could have been a politician.

Why these depressing thoughts? Well, I have just finished reading Richard Dawkins's latest opus, The Greatest Show on Earth: The Evidence for Evolution. It is not that the book is depressing - far from it. It is that whenever I read a science book I realise how little of real value I or any lawyers have achieved by comparison to the great scientists to whom we owe our knowledge of the universe around us. As the title suggests, the book sets out the massive body of evidence that proves beyond any reasonable doubt that evolution is a fact, every bit as much as it is a fact that the Earth is round and that it orbits the Sun. Unfortunately, as Dawkins points out, the book is very necessary, as there are still many who will deny this truth even 150 years after it was discovered. Quite why they deny it is beyond me - perhaps it is ignorance, perhaps it is lack of intellectual capacity, perhaps it is indoctrination, or perhaps they simply deny it for their own ends. Dawkins is not so naive as to expect that many of the deniers will read the book, but hopefully a few will, and any furthering of the truth can only be a good thing.

If you are a denier, then do yourself a favour and buy this book. If you are not, then just get it to wonder at the story of evolution, and of those great people who uncovered it.
Labels: Reason