Re B: Why a grandmother was preferred to a father 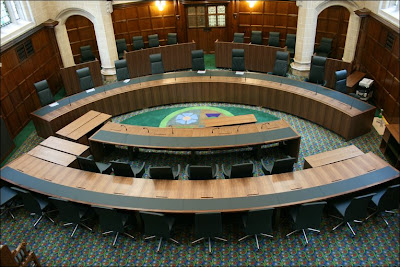 Why would a court prefer a child to be brought up by a grandparent rather than a parent? That was the decision in the first reported family law case of the new Supreme Court, overruling the decision of the Court of Appeal.

Re B (A Child) [2009] UKSC 5 concerned a three year-old boy who had been cared for since birth by his maternal grandmother, who was granted a residence order by consent in November 2006. In 2008, his father applied to the Family Proceedings Court for a residence order, but was refused. He appealed, and the High court overturned the decision, transferring residence to the father. The grandmother appealed to the Court of Appeal, but the Court of Appeal upheld the decision of the High Court. The grandmother then appealed to the Supreme Court.

The Family Proceedings Court had refused the father's application as it had not found any compelling reasons to disrupt the child's continuity of care. In the High Court Judge Richards interpreted the leading case of Re G as indicating that it was preferable for children to be raised by their biological parent or parents. Indeed, he felt that a child had a right to be brought up by his or her natural parent. This was given short shrift by Lord Kerr in the Supreme Court:

"We consider that this statement betrays a failure on the part of the judge to concentrate on the factor of overwhelming – indeed, paramount – importance which is, of course, the welfare of the child. To talk in terms of a child's rights – as opposed to his or her best interests – diverts from the focus that the child's welfare should occupy in the minds of those called on to make decisions as to their residence."

Judge Richards had gone on to suggest that, provided the parenting that the father could provide was "good enough", it was of no consequence that that which the grandmother could provide would be better. Again, Lord Kerr gave this short shrift:

"We consider that in decisions about residence such as are involved in this case; there is no place for the question whether the proposed placement would be "good enough". The court's quest is to determine what is in the best interests of the child, not what might constitute a second best but supposedly adequate alternative."

The "principal message" in Re G had been to do away with the idea that parental rights have any part to play in the assessment of where the best interests of a child lay, said Lord Kerr. The confusion over that case, it seems, came from the two-paragraph speech of Lord Nicholls, which had been given first in the judgment. He said:

"In reaching its decision the court should always have in mind that in the ordinary way the rearing of a child by his or her biological parent can be expected to be in the child's best interests, both in the short term and also, and importantly, in the longer term. I decry any tendency to diminish the significance of this factor. A child should not be removed from the primary care of his or her biological parents without compelling reason."

It is easy to see from this why Judge Richards interpreted Re G the way that he did. I'm sure I would have interpreted these words in the same way myself. However, Lord Kerr pointed out that a careful reading of Lord Nicholls' speech reveals that he did not propound any rule to the effect that a child should not be removed from the primary care of biological parents. All he was doing was "reflecting common experience that, in general, children tend to thrive when brought up by parents to whom they have been born":

"He was careful to qualify his statement, however, by the words "in the ordinary way the rearing of a child by his or her biological parent can be expected to be in the child's best interests" (emphasis added). In the ordinary way one can expect that children will do best with their biological parents. But many disputes about residence and contact do not follow the ordinary way. Therefore, although one should keep in mind the common experience to which Lord Nicholls was referring, one must not be slow to recognise those cases where that common experience does not provide a reliable guide."

The central point, said Lord Kerr, was that:

"All consideration of the importance of parenthood in private law disputes about residence must be firmly rooted in an examination of what is in the child's best interests. This is the paramount consideration. It is only as a contributor to the child's welfare that parenthood assumes any significance. In common with all other factors bearing on what is in the best interests of the child, it must be examined for its potential to fulfil that aim."

Accordingly, the Supreme Court found that the justices' decision could not be said to be "plainly wrong" and should not therefore have been reversed by the High Court. The grandmother's appeal was therefore allowed.

In short: there is no presumption in favour of a biological parent - the paramount consideration is: what is best for the welfare of the child? This must, of course, be right, although it is easy to see why Re G was misinterpreted.
Labels: Children Law Reports