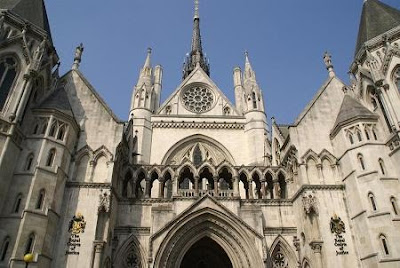 Another annual tradition seems to be listing the top ten cases of the year. I'm not entirely sure of the point of such a list, but nevertheless here is my selection, in no particular order:

1. Myerson v Myerson [2009] EWCA Civ 282 - One of the biggest cases of the year in terms of the publicity that it attracted, Myerson involved a Barder appeal by the husband, after the value of his shareholding plummeted when the recession hit, rendering the divorce settlement unfair, according to the husband. The Court of Appeal dismissed his appeal, in a judgment that came as no surprise to me, for the reasons I explained in this post.

2. CP v AR & Anor [2009] EWCA Civ 358 - Any case where the judge uses the work 'fuck' in the judgment goes in my list! In fact, Lord Justice Wall was giving a very serious warning to warring parents of the serious harm that their actions were causing to their child.

3. White v Withers LLP & Anor [2009] EWCA Civ 1122 - Another high-publicity case, involving celebrity chef Marco Pierre White. The case was interesting because White succeeded in his appeal against the striking out of his claim against his wife's solicitors Withers LLP, thereby giving family lawyers something more to consider when advising their clients regarding Hildebrand documents.

4. Re B (A Child) [2009] UKSC 5 - The first reported family law case of the new Supreme Court, Re B was notable because the child's grandmother was granted a residence order, overruling the decision of the Court of Appeal, thereby confirming that there is no presumption in favour of a biological parent, and that the paramount consideration is: what is best for the welfare of the child?

5. Re R (A Child) [2009] EWHC B38 - Described as "a warning to other mothers who do not acknowledge a father's rights", the father successfully applied for a residence order in respect of his eleven year old son R, alleging that the mother had prevented R from having proper contact with him, and that the mother had alienated R from him. The decision was subsequently upheld by the Court of Appeal.

6. Re I (A Child) [2009] UKSC 10 - Another Supreme Court case, this concerned an appeal by the mother of a child residing in Pakistan against a decision that the English courts had no jurisdiction to determine the future level of her contact with the child. The Supreme Court held that the English courts do have jurisdiction, notwithstanding the fact that the child was habitually resident outside the EU, provided that the tests laid down in Brussels II Revised Article 12 could be satisfied.

7. Radmacher v Granatino [2009] EWCA Civ 649 - A case that caused a frenzy of media activity and learned comment. The Court of Appeal decided that the court below had been wrong not to give 'decisive weight' to the pre-nuptial agreement that the parties had signed, when dealing with the husband's application for ancillary relief. This decision does not, as some suggested, mean that pre-nupyial agreements are now binding in this country, but perhaps brings that situation a step closer.

8. Paulin v Paulin & Anor [2009] EWCA Civ 221 - Perhaps not an important judgment, but I was pleased that the husband's 'devious' tactic of making himself bankrupt in order to defeat the wife's claims failed. Hopefully, this will serve as a warning to others who may be considering using this tactic.

9. Re Child X (Residence & Contact- Rights of Media Attendance) [2009] EWHC 1728 - Another pleasing result, with the President confirming that, as far as the media is concerned, cases involving children of celebrities should be treated no differently from cases involving anyone else's children.

10. Re A Minor (Family Proceedings: Electronic Tagging) [2009] EWHC 710 - An important decision, confirming that electronic tagging is available to the family courts, and setting out the procedure. The case concerned a contact application by a mother who had twice wrongfully removed the child to her country of origin. The parties agreed that when the child was with the mother, the mother should be subject to a curfew supported by electronic tagging.