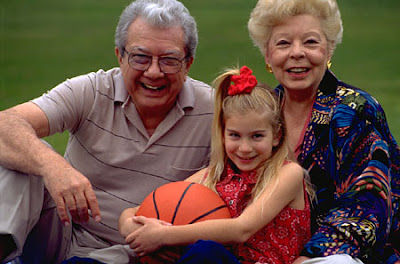 "Grandparents will today be promised new rights by the Government as the battle to win the "family vote" intensifies in the run-up to the general election." So says The Independent, anticipating the publication today of the Government's Green Paper on families and relationships.

Now, I do not necessarily have any problem with grandparents being 'exempted' from the requirement that they obtain the leave of the court before pursuing contact applications (in my experience leave was almost inevitably given anyway), but I do feel nervous that such a change is being used as part of a strategy to win votes at the general election. The family should not be used as a political football, and any changes to family law should be calmly considered in the cooler post-election atmosphere, preferably in a non-partisan way.
Labels: Children