The recession: it IS all doom and gloom for those in relationship breakdown 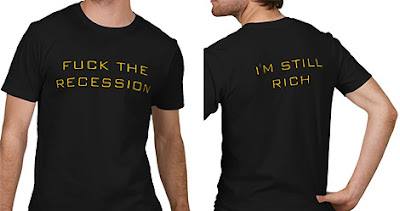 Unfortunately, if you are going through a marriage or relationship breakdown then you are unlikely still to be rich, or at least not as rich as you once were. Two stories in the papers this morning warn of the additional hazards that the recession provides for couples who are breaking up.

Firstly, The Independent tells us what we knew already, i.e. that the recession is forcing couples whose relationship has broken down to continue to live under the same roof, either because they can't afford to move out, or because the house is in negative equity. As I've indicated, this is old news and something that divorce lawyers have had to deal with for some time. The story was prompted by research published this week by housing charity Shelter which found that "nearly a quarter of people – the equivalent of 9.9 million adults - said they or someone they know have had to stay living with their partner because they cannot afford to live on their own". Their survey also indicated that worries about housing costs were adding significant strain to relationships.

Meanwhile, The Times informs us that breaking up is even harder to do in a recession, warning that "anyone who embarks on a marital split in 2010 should prepare for a longer and more acrimonious slog than normal". Nice to know. The recession, it seems, has not only made it more likely that relationships will break down, but has also made it harder to reach an amicable financial settlement. In fact, The Times says that many are delaying settlement until the economy recovers and the value of assets increases, which brings us back to the story in The Independent.