Three things that caught my eye whilst doing my news update this morning:

In the Daily Mail there is an article by Vince Cable 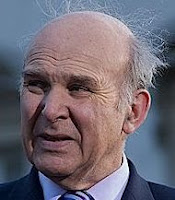 (apparently, he was the acting leader of the Liberal Democrats until the election of Nick Clegg, according to Wikipedia) in which he discusses the debate over whether marriage should be recognised and rewarded by the tax system. For a politician, he talks a lot of sense. He says that he is "deeply sceptical about whether a small financial bribe from the Government will persuade people to take on the commitment of marriage that they otherwise would not, or stay together rather than separate" or even that it is any business of the Government. In any event it seems more plausible, he says, that couples are good parents because they are caring, happy and stable rather than because they are married. Further, rewarding marriage in the tax system can cause great unfairness, such as the abandoned parent who "not only has to struggle with the awful procedures of the Child Support Agency but pays more in tax". I can't argue with that...

In America there has been a lot of discussion about a child abduction case where an American boy was taken to Brazil by his mother and it took nearly six years to secure his return, despite Brazil being a signatory to the Hague Convention. Florida Divorce speculates that only "the adverse impact of Brazil’s conduct on future trade with the US may have propelled Brazil to finally send the boy home". Such failures by countries to meet their obligations under the Convention have prompted one US Congressman to introduce legislation which would create an assistant secretary of state who would report regularly to the president on which countries are complying with the convention and which are not, suggesting sanctions that might be imposed against non-compliant signatories where appropriate. This seems a drastic step, but I'm sure it would be welcomed by many parents who have lost their children to international child abduction.

Lastly, and this has nothing directly to do with family law, 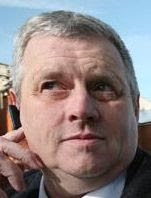 the Telegraph reports the disturbing case of Ian Harrison who claims to have been innocent of the driving offence with which he was charged, but who nevertheless pleaded guilty, because he could not afford to take his case to court. An acquitted defendant may recover their costs from central funds. However, since October the amount that can be recovered has been capped to legal aid rates, meaning that a defendant who cannot get legal aid and therefore has to instruct a lawyer at commercial rates has to pay the difference. Mr Harrison was advised that this could cost him more than £2,000, so he decided instead to to accept the £60 fine and three penalty points. Another example of budget cuts denying justice? Oh, and for any lawyer-bashers out there, I know that some solicitors do charge extortionate rates, but most do not, and it is simply not economic for most firms to survive on legal aid rates alone - indeed, legal aid rates often do not even cover expenses.
Labels: Children Legal Aid Marriage Sunday Review