Travels with my mouse

I have once again been travelling the intarweb to bring you the latest family law news...

It seems that reality may have put paid to the Tories' plan to mend 'Broken Britain' by giving tax breaks to married couples, as they have realised the obvious truth that a bankrupt country cannot afford to give tax breaks to anyone. Hopefully, this revelation will put paid to the use of marriage as an electioneering football, although I have my doubts. Personally, I am already bored with the election (my vote will be cast to the wind anyway), and I agree wholeheartedly with Charon QC:

The present government, meanwhile, is doing its bit to reduce the national deficit by cutting £23 million from the legal aid budget. I agree with one of the commenters to this report that appeared in the Law Society Gazette before Xmas:

"We are currently watching the entire legal aid system collapse -- but it's death by 1000 cuts, so no one will really notice before it's too late. It might struggle on for another five years -- but I'm taking bets from all comers that it won't be here in 10 years time. The government will have to find some sort of cover for much of the work -- what's the betting it won't be the private sector they turn to -- they will set up another quango and end up paying far more for it." 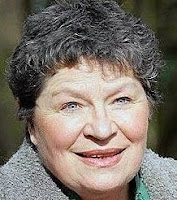 Vaillant has defended the "right" of husbands to stray now and then from the marital bed, proclaiming that the occasional fling could even be beneficial for a marriage. Sounds good to me. After all, men do need to keep their libido up, as mentioned in this report from Oman, informing us that the rate of divorce in that country "has fallen as a result of a trend in which men are increasingly taking second wives while keeping their first to prevent the break-up of their families". (My thanks to Divorce Saloon for bringing my attention to this story.)

Over in America Kenneth Mitchell has apparently taken not two but three wives, although his second wife, Faye Miller, only found out about it after her therapist suggested she do some "digging" on her husband. She also found out that Mitchell had converted to Islam, and 'married' his third wife at an Islamic ceremony in Toronto. Surprising what you can find out using Google and phone records... (My thanks to Florida Divorce for bringing my attention to this story.)

On a more serious note, and before I leave the subject of Islam, the BBC tells us the story of Yemeni schoolgirl Nujood, who was divorced by the age of 10, having been married to a man of 30 when she was only nine. It seems she has been given a second chance at an independent life of her own - let us hope that she is allowed to take it, although her country's record on women's rights does not fill me with hope...

From the serious, to the frivolous. In a piece of cutting journalism, the Telegraph informs us that actress Rachel Weisz has been voted by readers of Esquire magazine "the woman who men would most like to marry", and what man could argue with that: 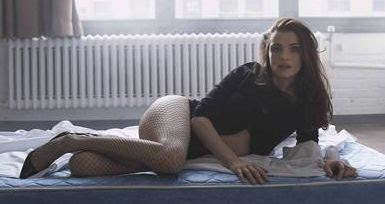 And finally, I am pleased to report that BabyBarista has turned his formidable advocacy skills to family law, although the case did not quite proceed as expected...
Labels: Finance/Property Legal Aid Marriage