That great political UK law blogger Charon QC has revealed that I took some of his Viagra for Bloggers pills before I wrote my last post. Now that my secret is out, I thought I would down another dose and continue in a similar vein...

I begin with the news that the Houses of Parliament will be available as a wedding venue to members of the public for the first time. Now,

seeing as this is the building in which our elected and unelected 'betters' commit their acts of lunacy in our name, I would not have thought that it would be the most auspicious place to commence a matrimonial union. Can you imagine coming out of your nuptials and bumping into Brown or Cameroon? I defy anyone to consummate their marriage after that trauma... 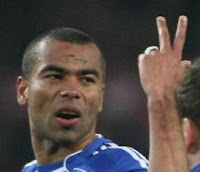 Returning to the subject of the marriage of Mr and Mrs Ex-England Captain, I was pleased to see that they have climbed to third in the table... of who will divorce first, leaping ahead of the previous league leaders Katie Price and Alex Reid. In runners-up spot are that great lover Tiger Woods and another wife who appears to be standing by her man's wallet, Elin Nordegren. However, top of the league are that other overpaid ball-kicker and his talentless wife, Ashley and Cheryl Cole. Those two look like they are definitely worth a punt for being the league champions this season.

Lastly, I must end this post with some sad news.

Apparently, that great philanthropist and all-round wonderful person Heather Mills faces a life of penury, having spent most of the £24.3 million divorce settlement that she received from ex-hubby Sir Paul McGullible. What a shame, never mind.
Labels: Miscellaneous