Will this country ever have a modern divorce law? 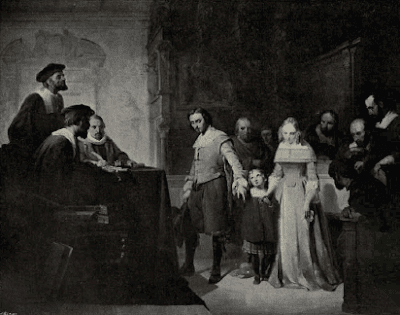 The calls for reform of our divorce law are going out again (see, for example, here), but there is little to suggest that they will be any less futile than previous recent attempts to stir the Government into action in this important but fraught area.

It is generally accepted amongst divorce lawyers that the current fault-based system, designed more than 40 years ago, is no longer appropriate in the twenty-first century, and often makes divorce unnecessarily more painful than it need be - see, for example, this letter that appeared in the Law Society's Gazette last week. The writer of that letter pointed out that the current law encourages couples to issue petitions on the basis of the other party's unreasonable behaviour, rather than wait for two years' separation. As he says, this apportionment of blame causes ill-feeling, but it can also bring the law into disrepute, with couples 'manufacturing' behaviour particulars in circumstances which Parliament never envisaged would amount to unreasonable behaviour.

So, what is to be done? Well, first of all I want to say what is not to be done - we want no return to the abortive Family Law Act 1996, which wasted a rare opportunity for reform by making such a mess of it that at one seminar I attended at the time the expert speaker admitted that even he did not understand how Parliament intended the new system to work. Instead, I favour something along the lines suggested by Resolution which proposes that couples not wanting to prove adultery or unreasonable behaviour can divorce on the grounds of “irretrievable breakdown” of their marriage after a waiting period of six months. I realise that conservative readers will consider that this will de-value marriage, but my experience was that parties very rarely chose to dissolve their marriages lightly, and I can see no value in forcing unhappy couples to remain married for another eighteen months, at least.

Unfortunately, there seems little chance of any such reform in the foreseeable future. A lot has been said about family law by politicians recently, but none appear willing or brave enough to pick up the poisoned chalice of divorce reform. I did look at the Terms of Reference of the recently-announced family justice review (more in hope than expectation), to see if those terms could be generously interpreted to include a review of divorce law itself, but alas not. The terms do say a lot about mediation and minimising conflict, but nothing about the divorce laws which are often the cause of much of that conflict, and which sit so strangely with the best modern thinking as to how to deal with relationship breakdown.

Will this country ever have a modern divorce law (or ever again, assuming you consider it ever has done)? I fear I am not optimistic, but we must not stop calling for one.
Labels: Divorce