Not the best plan... 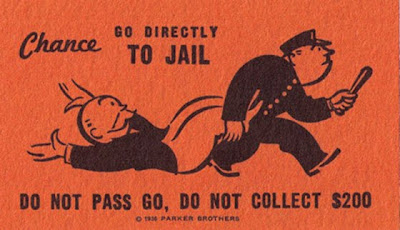 As I've pointed out before, litigants in person do not always take the best course of action to promote their cause. Such was the case with Alfred Marsh of Petah Tikva, Israel, whose wife had applied to the Kfar Sava Family Court for a maintenance order. Alfred told his wife's lawyer that he would shoot a judge if he was ordered to pay NIS 4,000 a month and, for good measure, he would burn the courthouse down.

Needless to say, this was not the best plan. To add to his troubles, Alfred received a 38 day jail sentence, a six-month suspended sentence and three months community service. Pretty lenient, but the judge took into account Alfred's remorse, the fact that he didn't have a lawyer, his clean record and her belief that the penalty would have the desired deterrent effect.

[My thanks to Florida Divorce for bringing this story to my attention.]
Labels: Courts