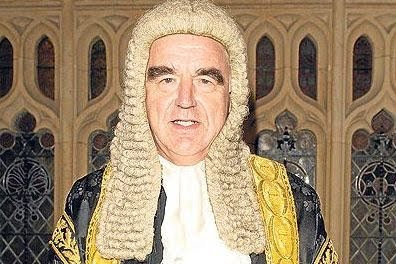 I shall miss The Times' regular shots at the family justice system when it goes pay-to-view in June. The paper has, of course, long been running a campaign to open up the family courts (I wonder how many people will still be following their campaign after June?). Today the paper runs three stories, or perhaps that should be two stories and a commentary:

The first story concerns the criticisms of social workers in the recent EH v London Borough of Greenwich & Ors case (in which Lord Justice Wall said that social workers "are perceived by many as the arrogant and enthusiastic removers of children from their parents into an unsatisfactory care system"), and in a case involving Devon County Council, in which Lord Justice Aikens described the actions of social workers in Devon as “more like Stalin’s Russia or Mao’s China than the West of England”. The author of this story, Rosemary Bennett, then gives a brief commentary in which she suggests that we may have gone too far in suspecting child abuse, quoting fellow campaigner John Hemming MP who says that only 0.27 per cent of care applications are refused outright. Bennett suggests that the comments in the Greenwich and Devon cases may serve as a warning not just to social workers, but also to family court judges, who appear too ready to follow the views of social workers. The article concludes with the self-congratulatory: "Opening up the family courts, which followed a campaign by this newspaper, could help as their judgments are more open to scrutiny", and a warning that "further reforms may be needed".

In the second story Frances Gibb reminds us that Sir Nicholas Wall is, of course, to be sworn in today as the new President of the Family Division. This, she says, "may be a relatively low-key affair", but he "is unlikely in future to have a low profile to match", being "well-well known for his forthright pronouncements both in court and out of it". More importantly, however, Gibb tells us that when not in court Sir Nicholas enjoys collecting and restoring books and composing clerihews. Unfortunately, we are not given an example of his literary talent. However, says Gibb, in the immediate future he will have no time for such frivolities. Instead "he will be fighting the corner for the family courts: more funds; more disputes resolved out of court and no further opening up of the family courts — at least without full debate". Yes, those things should keep him busy...
Labels: Children Courts Legal Profession