The Return of the Ring 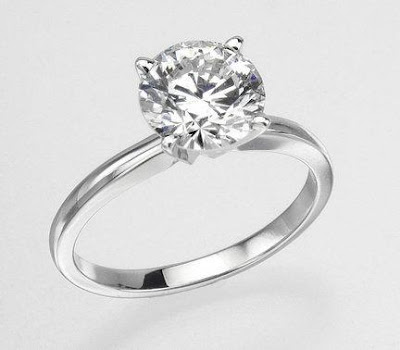 It is reported that a man in New York is taking his former fiancée to court for the return of a $17,500 diamond engagement ring that he gave to her. According to court papers, in may last year Christopher Reinhold proposed to Colette DiPierro, she said yes, and accepted the ring. However, in September she broke off the engagement. Reinhold repeatedly requested the return of the ring, but she refused. He is now taking her to court, and according to one legal expert, he has a good case.

Over here, Parliament in its wisdom has actually legislated about engagement rings. The Law Reform (Miscellaneous Provisions) Act 1970 is one of those things that is taught to all family law students but actually used by virtually none of them throughout their careers. Under section 3(2) we are told that: "The gift of an engagement ring shall be presumed to be an absolute gift; this presumption may be rebutted by proving that the ring was given on the condition, express or implied, that it should be returned if the marriage did not take place for any reason." Thus, the onus is upon the giver of the ring to prove that the gift of the ring is conditional upon the marriage actually taking place, although I can't imagine many romantic souls saying: "Here's an engagement ring, but I want it back if you don't marry me". Note that s.3(2) refers to the marriage not taking place for any reason, thus it would not matter if it was the giver of the ring who called off the engagement.

[Thanks to Florida Divorce for the heads-up on this story.]
Labels: Marriage