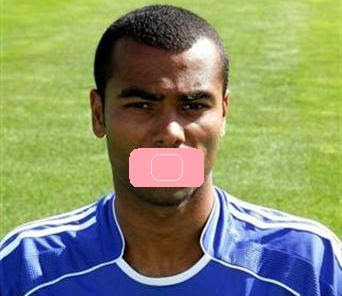 As I think I've made clear previously, I don't give a damn about Cheryl and Ashley Cole. As far as I'm concerned, they are both over-paid and under-talented. I would not therefore mention them here again, but for the fact that there does appear to be a point of legal interest in this report in the Sunday Mirror today (yes, you read that correctly - a Mirror newspaper with a point of legal interest in it - in fact, the article is actually quite informative).

According to the report, the nation's sweetheart has instructed lawyer to the great and the good Helen Ward, who has written to Cashley, basically saying that she'll make no claim against him provided that he keeps his mouth shut. She does not want him to contact her at all for six months after the divorce, or to ever reveal anything about their relationship (which makes you wonder just what there is that he could reveal). The report quotes the ubiquitous Mark Stephens as saying that whilst it is "incredibly rare" for a party to demand that there be no contact between the couple after the divorce, it does occur "where there has been infidelity because one partner may be controlling or trying to get in touch to make amends". Of these possibilities, I suspect the latter with Cashley...

A point that I find amusing about the letter to Cashley, and something upon which the Mirror comments, is that it gives Cashley just seven days to reply. I came across this sort of nonsense many times in my career - such a short time for the other party to receive such a letter, take proper legal advice upon it and respond to it is, of course, quite ridiculous - but at least it impresses your client.
Labels: Divorce