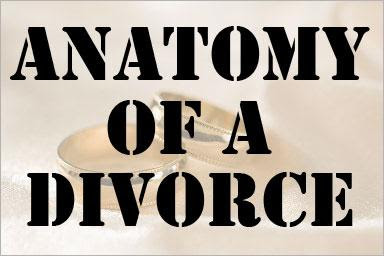 Brian Jones stared at the 34-page document. "I'm not bloody filling this in." He declared. "It'll take me forever - I've got a business to run."

"But your solicitor says you have to." Counselled Shirley.

"Bloody solicitor. Whose side is he on anyway?" Retorted Brian. He had toyed with instructing another solicitor, but Shirley had persuaded him otherwise. For now.

"He's only trying to do his best for you, Bri."

Brian looked sceptical. "I still don't see why I have to give all this information, especially about the business. What right has Liz got to have all that? She's just trying to take me to the cleaners."

"Maybe, but your solicitor says that if you don't complete the form then that could add to the costs."

"Yeah, and he's charging me enough as it is."

"Exactly. Just fill in the form and keep the costs down."

Brian ignored that. "Did you see he wants another £1000 now that Liz has applied for a financial settlement. Where am I supposed to find that?" He asked.

Shirley did not answer.

Brian flicked through the form again, his irritation rising with every page. "Look at this", he said, "house, bank accounts, life insurances, business accounts, pensions - it even wants details of your income and assets. What's that got to do with anything?"

"I know." Said Shirley. That had worried her too - would her house somehow be part of the divorce settlement?

"And all these documents that I'm supposed to attach to the form," continued Brian, "it's going to take me ages to get hold of all of them."

Brian threw the form down in disgust. "And meanwhile, I'm only getting to see the kids for a couple of hours every other Saturday." He said bitterly.

"But you know that won't be forever." Shirley tried to reassure him.

"I'm not so sure about that." Replied Brian. "Liz is going to stop me seeing the kids, and now she wants to take me for every penny."

Shirley could see that Brian was in no mood to be persuaded. The Form E was left where it had landed.
Labels: Anatomy of a Divorce