Opening up the courts, one year on 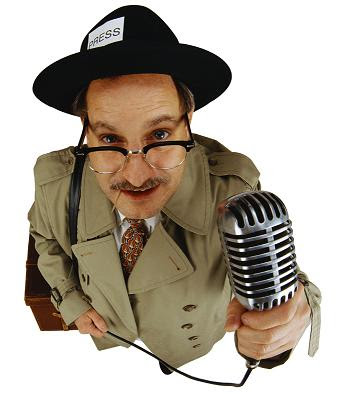 Like a dog with a bone, The Times today continues its campaign to open up the family courts. In typical Times fashion, we have not one but two articles that tell us the same story: one year on from the first reforms that were intended to open up the courts, the press are still silenced. Of course, there will be many who do not see this as a bad thing...

The first article (at least the first one I came across) tells us briefly that: "Media organisations and lawyers both say that the campaign to open up the family courts has largely failed", and that Part 2 of the Children, Schools and Families Act 2010, which was rushed through before parliament was dissolved for the election, will actually make it even more difficult than before to report on the family courts. The article quotes the paper's former lawyer of the week Rachel Atkins, partner at Schillings, who said that the recent changes were “a misguided and politically motivated fudge which has understandably satisfied neither side”.

That quote becomes the headline for the second article, which goes into rather more detail as to what exactly has changed, and what the effect of those changes has been. The conclusion (albeit in the second paragraph of the article) is that: "the media have stopped reporting family cases in all but rare high-profile disputes because a restrictive reporting regime makes coverage meaningless". Surely, however, most of the media will only ever be interested in the 'high-profile' disputes? Run-of-the-mill care cases (for example) are simply not going to be of interest, even to local newspapers.

There may have been few cases to which the media have sought access, but one thing does seem clear: chief amongst the opponents of such access are the parties themselves. Atkins reports that dealing with the 'threat' of journalists being in court has made cases "more complicated, lengthier and potentially more expensive for clients". On a more positive note, it has encouraged more couples to settle out of court.

The Act of course provides for an independent review of the existing regime, but this will not take place until the regime has been given 18 months to work. There will therefore be no further reforms for some time yet, although I'm sure that we have not heard the last from The Times on this subject.
Labels: Children Courts