Refuge shortage is a tragedy waiting to happen 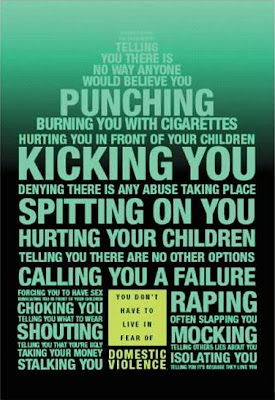 The BBC yesterday ran a worrying story about the lack of space for domestic abuse victims in Scottish refuges. I didn't include the story in my Family Lore Focus news update as I don't cover other jurisdictions. However, it is clear from the story that the problem is far from confined to Scotland:

Across Britain, it is thought that 235 women every day are refused access to refuges because there is no space, equating to up to 58,000 a year.

That is a staggering figure, and it is only likely to get worse if funding is cut because of the economic situation we are now in. How many of these women are forced to return to abusive partners?

Anyone who has worked for victims of domestic violence knows the value of these refuges, particularly in that critical period before the law can catch up with the perpetrators. I realise that money is tight, but what price do you put upon the safety of mothers and children? We can only hope that when the cuts come refuges are spared, otherwise an already appalling situation is going to become a tragedy, if it has not done so already.

And before any commenter makes the point, men are of course also victims of domestic violence.
Labels: Domestic Violence