Why marriages fail... and why I don't care 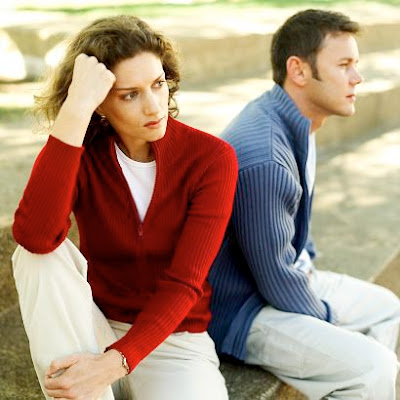 I don't know why we family lawyers seem to have a fixation about the reasons for marriage breakdown - surely, the important thing is not why they break down, but that they continue to do so on a sufficiently regular basis to keep us in business? Notwithstanding this, there have been a number of posts on family law blogs in recent days giving us various reasons why marriages are more likely to fail, ranging from the obvious to the unexpected.

Divorce Saloon (amongst others) picked up on the study by the London School of Economics which showed that when men assist their wives with the housework, the marriage tends to last longer, although quite why we needed a study to provide us with this revelation, I don't know. Seriously, I agree with Marilyn Stowe, who believes that divorce rates are falling "because husbands and wives are together taking on both roles, setting aside the traditional approach that certain jobs are allocated by gender". This is a natural progression from the days of my youth when most fathers were the sole breadwinners, with mothers staying at home to look after the children, to the modern situation where in most households both parents work - it simply took a while for the husbands to catch up with the new reality and realise that they had to share the household chores.

Then we have the story that men who are less happy than their wives tend to have more enduring marriages, as mentioned by the Divorce-Online Blog. Whether this is related to men being less happy because of all the housework they are now expected to do, I don't know. Perhaps wives consider themselves to have failed in their matrimonial duty if their husbands are not kept miserable. The 'official' interpretation is that couples work best if they are equally happy (again, not rocket science), although a cynic might also say that the findings show they work best if they are equally miserable.

Another unexpected predictor is that couples with a daughter are more likely to divorce than couples with a son. The increased likelihood is only 5%, although this is said to multiply with the number of daughters or sons. The explanation for this one is that "fathers get more invested in family life when they have boys". We are not told why this doesn't also work the other way round with mother and daughters.

Finally, and perhaps most controversially, we are told that: "If you're of "below average" intelligence, you're 50 percent more likely to be divorced than those of "above average" intelligence". I guess there's nothing quite like telling it straight, although I'm not quite sure what a serial divorcée might think of this one - or perhaps they just lack the intellect to think at all.

So, what use is all of this information to us divorce lawyers? Well, apart from indicating that our next branch office should be located in a Conservative constituency, not a lot.
Labels: Divorce