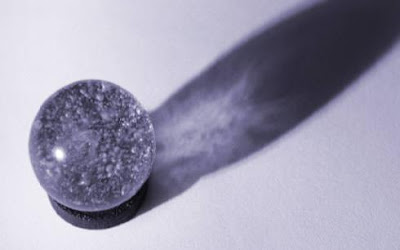 I see that the constant war between those who deride social services for failing to protect children and those who complain of the 'secretive' family courts 'kidnapping' children from their parents has escalated with more than 100 British families about to launch a class action at the International Criminal Court, arguing that their human rights were breached when their children were removed. The action, which is being brought by Freedom, Advocacy and Law, alleges that British courts and local authorities have breached Articles 6 (right to a fair trial) and 8 (the right to respect for private and family life) of the European Convention for the Protection of Human Rights.

A spokesperson is quoted in the Telegraph report as saying that: "The possibility of future emotional neglect and abuse is not good enough, unless courts have a crystal ball I don't know how they can justify that." Indeed, if only the courts (and social services) had a crystal ball, they would never make any mistakes, including leaving children in a place where they subsequently suffer significant harm. Unfortunately, they do not have a crystal ball, and mistakes will still be made, in both directions.

Incidentally, there is a nice example of unbiased journalism in the Telegraph piece, where they state that the claim "will be lodged on July 1 at the International Criminal Court at The Hague, where political leaders are tried for genocide". Nice comparison. The campaign for the opening of the 'secretive' family courts is, of course, led by the media - no doubt, not entirely for altruistic reasons.

As I have said here before, child protection is a lose-lose game. You're damned if you do, and you're damned if you don't. It may sound cynical, but a thought occurs to me: if the volume of the voices on the one side complaining of failures to protect children is roughly equal to the volume of the voices on the other side complaining that children are unnecessarily removed, then perhaps the system is getting the balance about right?
Labels: Children

New comments are not allowed.