How to improve family law 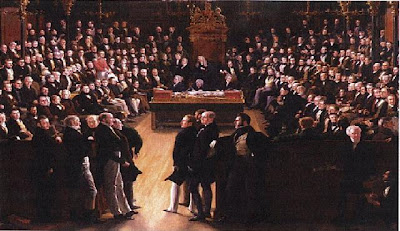 There is much talk these days of reforming the family justice system. Well, here is my five-point plan:

1. Introduce no-fault divorce
Reform of divorce law is long overdue; way back in 1996 it was recognised that the time had come for our archaic fault-based system to be replaced by a system where fault would not play a part. Unfortunately, Parliament made such a hash of the Family Law Act that it had to be shelved, and here we are fourteen years on, with no sign of reform in sight. As to the nature of a new system, I am in favour of something simple - perhaps just one method of divorce whereby a petition (or whatever you wish to call it) is filed with the court and the divorce goes through six months later, provided that arrangements for any dependent children and financial/property matters have been resolved.

2. Introduce a presumption of shared parenting
I discussed this recently. I believe that there should be a starting-point of shared parenting, a rebuttable presumption that it is in the best interests of children that they share their time equally with each parent. I believe that this would be good for both children and parents, and that it could substantially reduce the number of private law children applications that go to court.

3. Clarify ancillary relief rules
We need more certainty in the rules for determining financial/property settlements on divorce. S.25 MCA was designed to give the courts a wide discretion, but has resulted in something of a lottery, with courts often making conflicting decisions, and judges attempting to 'fill in the gaps' left by Parliament. The biggest example of this was, of course, the 'yardstick of equality' introduced in White v White in 2000, but Parliament made no mention of equality in s.25. At the very least, such judicial decisions need to be given statutory certainty. But I think we could go much further, and set out statutory guidelines on a number of issues, such as division of pensions, treatment of pre-nuptial agreements, treatment of inheritances and definition of 'matrimonial assets'. We could even consider going further still, and introduce a community property regime, as favoured by Baroness Deech.

4. Introduce property rights for cohabitees
Another matter that I have mentioned recently, in this post. As I said there, I am broadly in favour of Resolution's proposals, which are set out (in PDF format) here.

* * * * *
There are, of course, other matters that need to be addressed and/or considered, such as court delays (which is largely a resources issue) and compulsory mediation. I have also confined myself to only considering private law children matters. However, I believe that a package of reforms along the lines of the five matters I have set out above would go a very long way towards providing us with a simpler, fairer and more modern family justice system.
Labels: Child Support Children Cohabitation Divorce Family Justice System Finance/Property