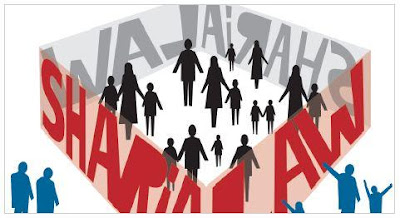 The One Law for All Campaign has published a new report Sharia Law in Britain – A Threat to One Law for All and Equal Rights. The report may be downloaded here (PDF) and a press release, summarising its findings and recommendations, may be found here.

The Report confirms many of the things we know already, including:

2. That many of the principles of Sharia law are contrary to British law and public policy, and that it is discriminatory against women and children in particular.

3. That the voluntary nature of Sharia courts is a sham: "women are often pressured by their families into going to these courts and adhering to unfair decisions, and may lack knowledge of English and their rights under British law. Moreover, refusal to settle a dispute in a Sharia court can give rise to threats and intimidation, or at best being ostracised".

The Report recommends that Sharia courts be closed on the grounds that they work against rather than for equality, and are incompatible with human rights. Let us hope that it comes to the attention of the new government.
Labels: Children Courts Reason