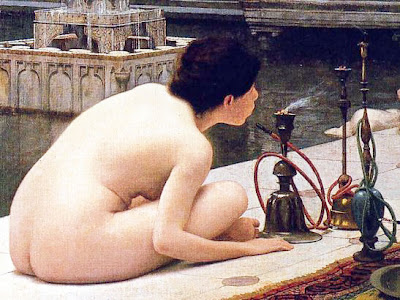 AP reports today that Gaza's Hamas rulers are banning women from smoking water pipes in cafes, claiming that it violates tradition and leads to divorce. Apparently, police spokesman Ayman Batneiji said that husbands often divorce women seen smoking in public, although for some reason he was unable to offer any evidence in support of that claim.