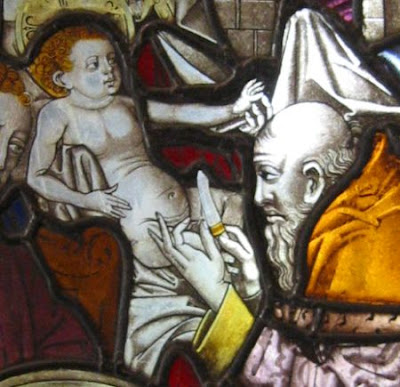 I read with rising anger a report in The Observer today that senior doctors are calling for male circumcision to be offered by the NHS, following an investigation into circumcisions at an Islamic school in Oxford, which found that 13 out of 32 boys who had the procedure ended up with medical problems. The article explains how the procedures were carried out and the nature of the medical problems that ensued, and goes on to say that this is not an isolated incident.

Male circumcision is also of course a Jewish practice, but they get away lightly in the article, which says that the Board of Deputies of British Jews 'reports no problems arising from the operations'. We are, however, told that most Jewish male circumcisions are carried out without anaesthetic by a "mohel", who is "very often" (but clearly not always) a qualified doctor.

It beggars belief that we are even discussing the use of this barbaric practice in a modern society. Strip away the ancient religious mumbo-jumbo nonsense and what you have is child abuse, plain and simple. To have children mutilated without their consent (often by charlatans and without anaesthetic) is so obviously wrong as to be unarguable, and hiding behind religion should make no difference.
Labels: Children Reason