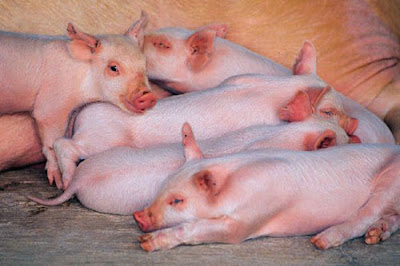 There was a story of respect for the judiciary in The Mail yesterday, involving Earl Spencer and two of the country's top family lawyers Sir Nicholas Mostyn and Lord Justice Munby. Last year Mostyn acted for Spencer in his divorce, which was heard by Mr Justice Munby, as he then was. Now, however, Spencer is suing Mostyn for negligence, and has apparently disclosed an email that Mostyn is alleged to have sent him in which Mostyn says that he will name the seven piglets that his sow had just had: James, Munby, self-regarding, pompous, publicity, seeking and pillock. Excellent stuff.
Labels: Legal Profession