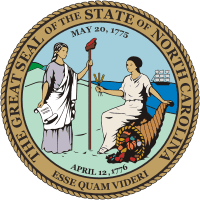 I wrote a post a few months back about 'alienation of affection', the lawsuit available in some American states. To recap, alienation of affection is a tort action that may be brought by a spouse against a third party who they believe is responsible for the breakdown of their marriage, most commonly used where the third party is alleged to have had an adulterous relationship with the other spouse.

The Telegraph yesterday carried a story about a wife in North Carolina who has successfully sued a (no doubt former) close friend for 'stealing' her husband, and has been awarded £3.7 million in compensation, the second highest ever award by a court in the US under the alienation of affection law, after the award mentioned in my earlier post (also made by a North Carolina court). The award was apparently based upon the amount of money the wife would have earned if she had remained married to her husband, although why she won't now earn that sum and why any such loss was not taken into account in the divorce settlement is not explained.

The wife may not, however, be laughing all the way to the bank, as the friend lives in Maryland, and the judgement can’t be enforced in another state. The 'friend' may therefore never have to pay the money, which makes the whole exercise fairly pointless save, I suppose, for ensuring that the 'friend' never returns to North Carolina. In fact, as the wife's lawyer said, if you're seeking an affair (does anyone 'seek' an affair?), you should avoid going to North Carolina. Of course, if you're a lawyer specialising in alienation of affection claims, then North Carolina is clearly the place to be.

[My thanks to John Hirst of Jailhouselawyer's Blog for bringing this story to my attention.]
Labels: Marriage