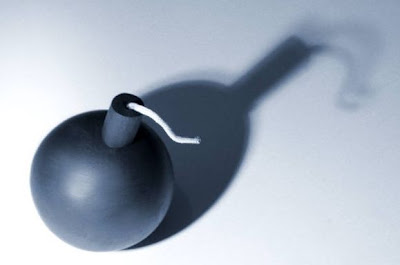 In the course of a custody battle in Michigan a father has, according to his own attorney, threatened to harm the presiding judge and to bomb the county judicial building. Rather than getting custody, the father now faces custody himself. If he is convicted of the charges against him, he could receive a maximum prison sentence of 24 years.