The things we do for love 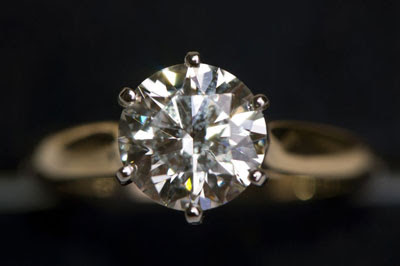 "When 28-year-old Simon Hooper saw a £1,750 engagement ring he wanted for his long-term girlfriend but couldn’t afford, he swallowed it whilst the jeweller’s back was turned. Dorchester police were unable to fathom the location of the ring until they ran a metal detector over his stomach. He was placed in a cell until nature – despite Hooper’s determined efforts to the contrary – took its course three days later."

Quite what the jeweller did with the ring when it was returned is not explained.
Labels: Miscellaneous