Compulsory mediation: You can take a horse to water... 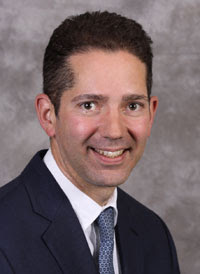 The Telegraph today has taken up on the indication by Justice Minister Jonathan Djanogly yesterday on the BBC radio Today programme that parents involved in private law children disputes may be refused legal aid unless they attempt mediation first. Djanogly said that: "Too often people in family breakdowns are using court as a first answer when they shouldn’t", and when asked whether the taxpayer should foot the bill for parents who go straight to court answered: "In my view, no."

The idea will, I'm sure, be welcomed, both by those in favour of mediation and, perhaps more importantly, by those who hold the purse strings. However, mediation is not, of course, the panacea that the Government would have you believe. Family mediator Lisa Parkinson has indicated that as many as 70% of mediations are successful (a figure not borne out by my own experience), which still leaves a substantial number of cases that will have to go through the courts.

The 70% figure is, of course, only for voluntary mediations - I suspect that the figure would be considerably lower for compulsory mediations. After all, you can take a horse to water, but you can't make it drink - many of those forced into mediation may simply refuse to engage in the process. Will those people still be refused legal aid because they didn't cooperate? If not then, to use another equine metaphor, that would drive a coach and horses through the system. If so, how do you judge failure to cooperate? Remember, the welfare of children is at stake here.

My other concern is that such an idea will create a two-tier system. It doesn't seem right to me that those who don't need legal aid can go straight to the courts, and those that can't afford to go to court will be forced into mediation, something they may not want to do. Means should not affect access to justice - wasn't that the whole original rationale behind legal aid?

Not mentioned on the Today programme, Mr Djanogly also said that: "There isn't enough knowledge within the court system, and I have to say lawyers, as to the benefits of mediation." A nice sweeping statement that it is easy for a minister to make, and will doubtless be accepted by most of the public. However, mediation has been around for a long time now, and there can hardly be any judge or family lawyer who isn't aware of its benefits, in appropriate cases.

Of course, the whole idea may turn out to be academic if legal aid for private law children disputes is going to be abolished anyway, the approach apparently favoured by Justice Secretary Kenneth Clarke.
Labels: Children Legal Aid Mediation