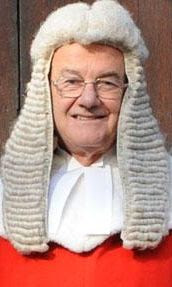 There's something about having a Lord Chief Justice called 'Lord Judge' that makes me want to write bad poetry:

There once was a judge called 'Judge',
Who thought family law a terrible fudge,
He told the Review
That there's plenty to do,
As so many parents bear a grudge.