Robson v Robson: Dividing the carcass of the golden goose 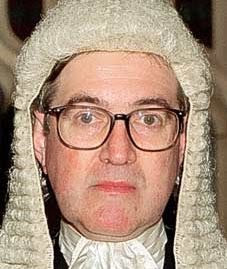 Robson v Robson [2010] EWCA Civ 1171 may ultimately be best remembered for the language used by Lord Justice Ward in his judgment, rather than for any particular point of law. It does, however, throw up some interesting issues.

The facts: As Lord Justice Ward stated at the beginning of his judgment, this is ""a big money case" where the distinguishing feature is that the "big money" was inherited by the husband". The parties were married in 1985. The husband is now 66 and the wife 54. They have two children, a son aged 20, now studying at college, and a daughter aged 17 doing her A' levels. The marriage broke down in 2006. The wife commenced divorce proceedings in September 2007 and decree absolute was granted on 11th February 2010.

The value of the husband's assets totalled £22, 295, 500 and included an estate in Oxfordshire (Kiddington Hall), a Scottish estate, 'development land' and two pension funds. The wife's assets totalled a more modest £343, 500. At first instance, the husband was ordered to pay to the wife a lump sum of £8 million.

In the course of his judgment, Mr Justice Charles found that the parties "were living off the wealth inherited by the husband and in a manner and at a level that focussed on their own enjoyment and sporting passions rather than on preserving the inheritance for their children and future generations", commented that the husband "generously funded his sporting and other interests", and found "that in the later years of the marriage this expenditure became excessive, reckless and perhaps obsessive or compulsive".

The husband sought permission to appeal on the grounds, inter alia, that the judge was wrong to assess the wife's budgetary needs by reference to the standard of living enjoyed by the family before the breakdown of the marriage, where she was complicit in their profligate expenditure of his inherited wealth.

Held: Permission to appeal was granted, and the appeal was allowed. The wife had been "complicit in their prodigality" (paragraph 76), and Mr Justice Charles had been wrong "to allow the wife to live in the same extravagant way as she inappropriately had in days of yore" (paragraph 77). Accordingly, the lump sum payable by the husband was reduced to £7 million, on the basis that Mr Justice Charles had allowed the wife £1 million more than she actually required for her housing needs and her (capitalised) maintenance.

"They must both learn to tighten their belts but that they ought to have done years ago. They lived off the fruit of the land without properly husbanding it. The Hall represented their lifestyle. The Hall has gone. They have by their mutually extravagant lifestyle killed the goose that was capable of laying the golden eggs had they fed her properly. It is pure coincidence – and faintly ironic – that if the proceeds of sale of the Hall ... are about £14 million, then, by a quirk of arithmetic, a lump sum of £7 million represents one half of the carcass of the golden goose that exemplified their way of life. That seems a fair result to me."

1. At paragraph 43 Lord Justice ward gave guidance as to how the court should approach the "big money" case where the wealth is inherited, including that inherited wealth should be taken into account, but that it can be "treated differently from wealth accruing as the so-called "marital acquest" from the joint efforts". However, "the more and the longer that wealth has been enjoyed, the less fair it is that it should be ringfenced and excluded from distribution in such a way as to render it unavailable to meet the claimant's financial needs generated by the relationship".

2. Unusually, Lord Justice Ward allowed fresh evidence to be admitted "but with some reluctance and I wish to emphasise that the Court of Appeal will not take kindly to being bombarded with a mass of fresh information as a matter of routine" - paragraph 59.

Postscript: For those who are interested, Mr Robson has apparently sold Kiddington Hall to Jemima Goldsmith, according to the Daily Mail.
Labels: Finance/Property Law Reports