News Roundup: Of marriage, marriages and a marriage 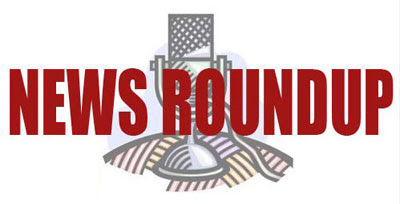 On Tuesday the Equal Love campaign was to launch a legal challenge in the European Court of Human Rights to extend the rights of gay couples to full marriage, but later that same day we were told that the challenge had been postponed due to the lack of proper paperwork, a scenario that would be familiar to any lawyer. Today, however, comes news that may make the challenge academic, with the Telegraph telling us (in its religion section) that: "New laws giving full marriage rights to homosexual couples could be introduced under reforms being considered by the Coalition".

Meanwhile, the BBC reported on Tuesday that: "A ban on young foreign spouses entering the UK has been condemned as "arbitrary and disruptive" by the Court of Appeal." This refers, of course, to the Court of Appeal judgment in Quila & Anor v Secretary of State for the Home Department [2010] EWCA Civ 1482. The BBC explains:

"The home secretary banned non-European under-21s from living with British partners in the UK as a way of dealing with the problem of forced marriages.

Lord Justice Sedley, one of three judges to hear challenges from two young couples, said it was up to the home secretary to rewrite the rule.

But he said its impact on innocent lives made it "impossible to justify".

The government said it would seek leave to appeal to the Supreme Court."

Lastly, the Daily Mail informed us at the weekend that Sir Nicholas Mostyn, who "became a judge in April after a career in family law in which he was nicknamed Mr Payout because of the huge sums he won for ex-wives" "is expected to pay Lady Mostyn ‘several million pounds’ as part of a divorce settlement", after leaving his wife for the widow of Mark Saunders. I take no pleasure in reporting this story, but I suppose the irony is inescapable.
Labels: Civil Partnership Divorce Marriage