CW & Ors v TW: Getting the message across 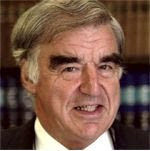 The President of the Family Division Sir Nicholas Wall clearly seems to understand that these days it does not matter how well you do a thing - all that matters is how well the public perceives you to be doing that thing. In recent years the reputation of the family justice system has been seriously damaged by continuous attack from various sources, many of whom know little of the work that it does. Yesterday, Sir Nicholas Wall continued his fightback against this assault, by arranging for his judgment in CW & Ors v TW to be published on Bailii, notwithstanding that he considered that it was not reportable. He explained (at paragraph 8) that the case:

"represents the type of difficult family case with which the circuit and district benches are wrestling day in and day out. It does not contain any point of law, and is not reportable. It is of acute importance to the parties, but of little public interest. The parties are not "personalities" or otherwise in the public domain, yet the case is an intractable contact dispute of a type which represents a major aspect of the work undertaken by the circuit and the district bench. Those who criticise the family justice system for the superficiality and "knee-jerk" nature of its judgments would do well to read what follows."

I will not recite what follows, save to say that it includes a summary of the considerable care and thoroughness with which the court has dealt with the case over a number of years, culminating in the present hearing, which concerns the mother's application for the father's committal for alleged breaches of orders and undertakings, and the paternal grandparents' application for direct contact with the children. In particular, Sir Nicholas explains that, despite what disappointed parents and their families may think to the contrary, "judges do not deprive separated parents of contact with their children lightly or for no good reason".

I wonder how widely the message will be heard?
Labels: Children Law Reports