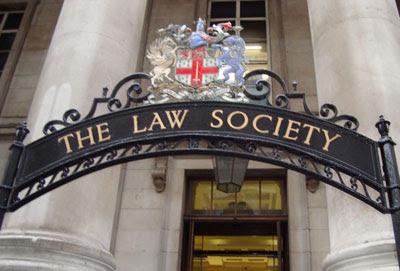 When I began writing this blog, there weren't that many other legal blogs around. Law blogging was still a relatively new phenomenon, not taken seriously by the legal establishment. OK, there were certainly some serious legal blogs about (IPKat comes to mind), but there was definitely a higher proportion of more personal law blogs, with their own unique styles, such as Charon QC and the much-missed Geeklawyer.

Gradually, however, the establishment began to realise the potential of blogging to promote businesses and further careers. More and more blawgs began to appear, from the tedious "here's a topical legal story - if you have the same problem, we can help" type, to the rather more subtle providers of detailed legal analysis, thereby demonstrating serious expertise.

Don't get me wrong, though. I'm not saying that law blogs should be restricted to one type. One of the beauties of blogging is that there are (virtually) no rules as to what format a blog should take. The problem, however, is that the establishment thinks it knows best and inevitably tries to take over the medium. Before we know where we are, we have blawging mavens making their pronouncements to the minions from on high, telling us all the right and the wrong ways to do things.

Worse than that, the establishment likes order. Blawgs have to be listed and rated. Now, I have nothing against personal opinions, but if the rating is by committee or vote, then you can count me out. You can also count me out of any annual award ceremony for the best blawgs by category, even if the winners are announced in reverse order.

They don't just take over in the control sense, either. Many of the new blawgs are run by established organisations and figures in the legal community, who can use their reputation to gain huge audiences, marginalising lesser lights. It must now be far harder for a new sole blawger to gain a foothold.

Then there is the content of the establishment blawg. Safe, strictly on topic. The sort of thing you could read in any legal periodical. Blogging is becoming the same as any other legal journalism.

I suppose one thing I'm missing here is that the law is a compliant profession. There aren't many legal anarchists. Lawyers generally tow the establishment line. Perhaps there is just something inevitable about the way blawging is going...
Labels: Blogs