News Brief: It's Monday morning, and we're all still here 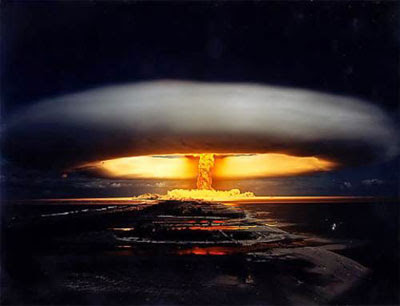 Rather disappointingly, the world did not end over the weekend. Not that Harold Camping, the originator of the 'Rapture', is likely to be disappointed, if it is true that his radio station made millions of dollars in donations (tax-free) out of the scam. Perhaps he is not as crazy as so many think he is, after all.

Somewhat unusually for a Sunday, I found a new case on Bailii yesterday. Birmingham City Council v RL & Ors involved an application by the children's guardian for the judge to recuse himself on the basis of perceived bias. Not surprisingly, perhaps, His Honour Judge Owen, QC did not accept that he had been biased, and refused the application, saying that the children's guardian had "been a trifle thin-skinned, to say the least".

As reported by Family Law Week, the Supreme Court today begins hearing the appeal in E (Children). The issue is the correct approach to the Article 13(b) exception to the duty to return under the Hague Convention. The facts, as stated on the Supreme Court website, are: "The father is Norwegian, the mother British. The two subject children were born in May 2004 and April 2007. The mother has a daughter from a previous relationship, who was joined as a party in the High Court. In September 2010, unbeknown to the father, the mother and subject children left Norway and travelled to England. Later that same month, the father made his application to the Central Authority in Norway for the children to be returned. In November 2010, Pauffley J granted the father’s application for a return order." We await the outcome with interest.

Meanwhile, Lucy Reed over at Pink Tape has had another go at Telegraph journalist Christopher Booker. Booker had responded to being compared to a sports writer who can't be bothered to watch a football match, but relies on a version given by one player after the game, by asking: "But would a journalist attend a match when he is forbidden to name the teams or any of the players, may be imprisoned for disclosing much of what happens on the pitch, and is even prohibited from giving the final score?" This is not, of course, the first time that an 'anti-family-court-secrecy' journalist has sought to use the very secrecy of which he complains to his advantage. However, Lucy gets to the real point:

"having made the decision that it is not commercially justified to attend the “fixture” would a responsible journalist nonetheless go ahead and report the match anyway? One would hope not – at least not without verifying his information / sources. That Booker has overlooked dealing with this point is illuminating."

Lastly, the Telegraph reports that: "David

Cameron will today reaffirm his commitment to the institution of marriage and the importance to children of stable relationships" in "a major speech to attempt once again to define his crusade of the Big Society", although the report makes little mention of any new policies. Unfortunately for the Government, there is no money available to bring in such 'family-friendly' policies as tax breaks for married couples. Perhaps David Cameron should take a leaf out of Harold Camping's book? Or perhaps not...
Labels: Children Courts Marriage Reason