You read it here first: Men prefer World of Warcraft to their wives 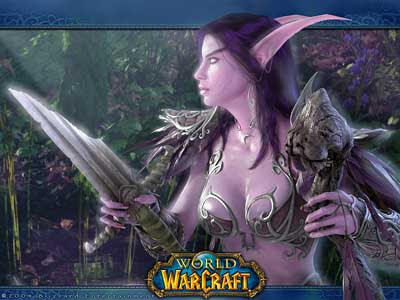 Way back in February 2008 I reported a case in California where a woman cited her husband's "crippling addiction" to the computer game World of Warcraft in her divorce petition. I concluded that post with the following prophesy: "...expect such things to be regularly cited in future divorce proceedings, as more and more people favour their virtual existence over their real one."

Today, the Daily Mail (yes, I know) reports a study by Divorce Online suggesting that: "Of those wives who cite unreasonable behaviour for ending their marriage, 15 per cent believe their partners put gaming before them", with World of Warcraft being blamed particularly. The figure is up from 5% a year ago.

I don't like to say "I told you so", but...
John Bolch, Level 2 Mage and Prophet.
Labels: Divorce