From the American blogs... 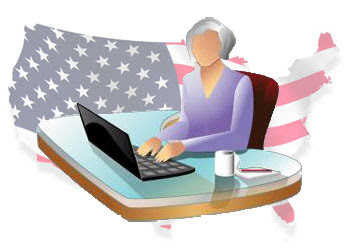 It's always fascinating (and often instructive) to see what fellow family law bloggers on the other side of the pond are talking about. Here are three recent examples:

I think I first heard about the Massachusetts Alimony Reform Act some months ago when Nancy Van Tine of the Massachusetts Divorce Law Monitor first mentioned it. It is an interesting piece of legislation, which will (if passed) make substantial changes to the law of spousal support. A summary of the Act can be found here, but essentially it proposes that spouse maintenance be divided into 4 categories: general term, rehabilitative, reimbursement, and transitional, each with a fixed duration. 'General' alimony will terminate when the paying spouse reaches retirement age (the idea being that each spouse should plan for their own retirement), and cohabitation of the recipient spouse has the effect (as I read it) of suspending the payments. Certainly some ideas that would find support over here.

Meanwhile Daniel Clement at New York Divorce Report tells us of a case involving, as he says, a novel way of resolving a custody dispute. The issue here was a sad one: the court had found that both parents were so flawed and lacking in parenting skills that neither should have sole custody of the child. The solution that the judge came up with was "parallel custody". She identified each parent’s parenting strengths to define particular "spheres in which each party will be the final decision maker". Accordingly, the mother was granted decision making over summer camp, extracurricular activities and religion, and the father was granted decision-making over issues relating to the child’s education and health. Daniel concludes: "Rather than “winner-take-all,” this win-win approach assures each parent’s continued involvement in the child’s life, with decisions being made by the parent best suited for doing so."

Lastly, Florida Divorce posted yesterday about a case that is actually taking place in New Zealand, but it is not the case that caught my eye so much as the title to the post: And Another Multi-Millionaire Finds Himself in Bankruptcy Just in Time for Divorce... Clearly, the post's author Janet Langjahr is as exasperated as many a family lawyer over the all-too-common phenomenon of the wealth that mysteriously disappears when a marriage breaks down, with the particularly odd feature that living standards remain the same...
Labels: Blogs Children Finance/Property