Will the real Fathers for Justice please stand up? 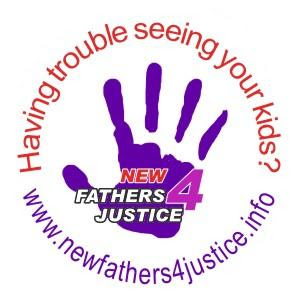 Following my post the other day about the apparent attempt to "arrest" Ken Clarke by a member of the campaign group "New Fathers 4 Justice", I had a quick look at the group's website to find out a little more about them.

The first thing that strikes you about the site is the 'spiderman' background, more of which later.

Moving swiftly on, it seems that the group has two aims, set out at the top of their homepage:

An automatic presumption of equal contact with the children when the parents split as a starting point.

This will give both parents equal parity of rights to see the children.

In short, we want dads to have an equal status....same as Mum!!

To be brought into line with the crown and magistrates courts.

This will prevent corruption, biasness and implement a culture of accountability with the judiciary."

I don't want to comment on either of these aims here (I have already done so elsewhere on many occasions), save to say that even if both came to fruition I'm not sure that outcomes for parents and children would be very different from those at present, with the welfare of the child still of course being the ultimate determining factor. In any event, it seems unlikely that either aim will come to fruition, at least in the foreseeable future.

Elsewhere on the site there is a helpful 'Tips 4 Protest' page, giving advice on the right to protest, including that: "It goes without saying that you should not block entrances/exits, verbally abuse anyone, swear, trespass on to private property or intimidate people." Hmm, wasn't Ken's drive private property?

Leaving that aside, the rest of the site comprises much of what you would expect on a fathers' rights site: news, advice to 'menace your MP', a forum, videos, merchandise etc.

One thing that must be avoided, of course, is mistaking this group for any other fathers' rights group of a similar name, in particular Real Fathers for Justice or Fathers 4 Justice. The image at the top of the website for the former indicates that the RFFJ share a predilection for dressing up as spiderman, although the group do not seem to specify their aims any more precisely than "raising public awareness and applying pressure on the Government for long overdue reforms in UK Family Law".

As for Fathers 4 Justice, they have had a chequered history, having disbanded and (I think) re-formed recently. I can't say much else about them, as there is not much information on their (literally) Flash website - just make sure you mute your volume if you visit it, as the site plays some hideous music, with no apparent way of turning it off.