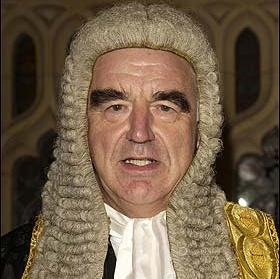 The report of the judgment in the application by Elizabeth Watson to purge her contempt has now been published on Bailii.

As is well known, the President released Ms. Watson (the nine month prison sentence she previously received was suspended for two years). However, the (short) judgment is remarkable for the number of points that the President makes in 'defence' of the family justice system:

"The Family court are frequently accused of acting "in secret". It needs to be emphasised that courts hearing cases involving children under the Children Act 1989 sit in private to hear evidence because they are democratically authorised to do so by Parliament. They do so to protect the interests and confidentiality of children. The courts thus regard - and I certainly regard - with particular seriousness any breach of a court order designed to protect the identify and confidentiality of a child." (Paragraph 5)

"...judges believe in the rule of law and in free speech." (Paragraph 6)

"...where a judge makes an order restricting publicity and forbidding the identification of a child, he or she is duty bound to carry out what has been described by the House of Lords as "an intense focus" on the rights of a child and the rights of everybody else to free speech." (Paragraph 7)

"I conclude by making two points: the first is to note that the independent Family Justice Review, whilst making a number of criticisms of the Family Justice System, went out of its way in paragraph 7 of its Interim Report to say: "We have been impressed by the dedication and capability of those who work in the Family Justice System. Their work is hugely demanding and often highly stressful". Those who criticise the System and the integrity of those who work within it would do well to bear these findings in mind.