For Students of the Gray's Inn 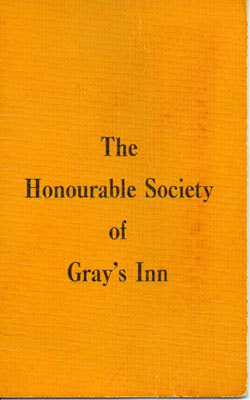 Unfortunately, the card is undated, but my father would have been a student there during the mid-sixties.

The card admitted "a Student of the Gray's Inn, to the Hall, Library, Common Room, and to the Lectures and Classes of all the Readers and Assistant Readers appointed by the Council of Legal Education."

It also stated that the card "must be returned to the Under-Treasurer's Office when the Student is Called to the Bar".