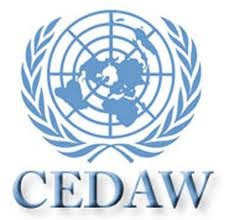 The Gazette today reports the latest avenue to be explored in the continuing fight against the proposed legal aid cuts.

Cris McCurley, partner and head of international family law at north-east firm Ben Hoare Bell, claims that the Legal Aid, Sentencing and Punishment of Offenders Bill contravenes the UK’s obligations under the Convention on the Elimination of All Forms of Discrimination against Women ('CEDAW').

She says that the Bill will have a disproportionate and discriminatory impact on women, and that if it is enacted in its present form, a judicial review on the domestic violence provisions is ‘inevitable'.

If that fails, "she will take the matter to the CEDAW committee, which has the power to make a non-compliance determination against the UK and require it to implement measures to rectify the situation."

Sounds good, but will it make any difference?

I fear not. Honourable though it is, I am convinced that arguing against the legal aid cuts is a futile exercise, for a simple and obvious reason. Governments only care about votes. Voters (i.e. the public) don't care about legal problems unless they have one, and they certainly don't care about lawyers. The Government therefore feel under no pressure to change their policy, Q.E.D.

And as for persuading the Government to keep to its obligations under an international treaty, that could also be an exercise in futility - just ask any prisoner wanting to exercise their right to vote.

On the other hand, for the sake of the thousands who will be denied access to proper legal advice (and therefore access to justice itself), I hope I'm wrong...
Labels: Legal Aid