Cameron Speech: Nothing new on families 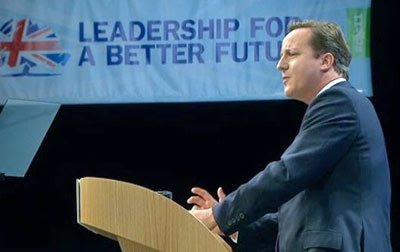 David Cameron said nothing new on the subject of families in his party conference speech today. Everything he mentioned had been mentioned before, including help for 'troubled' families, making adoption easier, married tax relief (no word on when this might be) and a consultation on legalising gay marriage (I noticed not all of his audience joined in the applause for that last one).

Here is the full text of the 'families' section of his speech:

"It starts with families. I want to make this the most family-friendly government the country has ever seen. More childcare. More health visitors. More relationship support. More help with parenting. And for the 120,000 families that are most troubled – and causing the most trouble – a commitment to turn their lives around by the end of this Parliament.

Today I can announce this: a new focus on the 65,000 children in care. Do you know how many children there are in care under the age of one? 3,660. And how many children under the age of one were adopted in our country last year? Sixty. This may not seem like the biggest issue facing our country, but it is the biggest issue for these children. How can we have let this happen: we’ve got people flying all over the world to adopt babies, while the care system at home agonises about placing black children with white families.

With the right values and the right effort, let’s end this scandal and help these, the most vulnerable children of all. But for me, leadership on families also means speaking out on marriage. Marriage is not just a piece of paper. It pulls couples together through the ebb and flow of life. It gives children stability. And it says powerful things about what we should value. So yes, we will recognise marriage in the tax system.

But we’re also doing something else. I once stood before a Conservative conference and said it shouldn’t matter whether commitment was between a man and a woman, a woman and a woman, or a man and another man. You applauded me for that. Five years on, we’re consulting on legalising gay marriage.