G v A: The Folly of Continuous Litigation 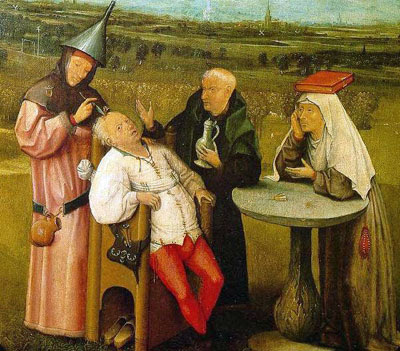 Where to begin with this sorry tale? The most recent events have just been reported on Bailii, but to say that they will be the end of the story would, I fear, be somewhat optimistic.

Perhaps I should start at the beginning.

In 1996 the parties began a relationship. They were never married, but a child, who we shall call 'N', was born to them on the 22nd March 2001. Unfortunately for N his parents separated when he was about a year old, and he and his mother went to live with his maternal grandparents.

Shortly after that the trouble started.

In October 2003 the mother issued a Schedule 1 application. The parties also cross applied for residence orders. Thereafter, proceedings "have continued intensely and more or less continuously", as can be seen by reference to the reported judgments, in chronological order (I think I've got them all):

I shall limit myself in the rest of this post to the last three - the judgments just reported on Bailii. They all concern the implementation of a Schedule 1 order that was made way back in May 2005. That order provided for the father to settle £220,000 for the purchase of a property for the mother and N, to be held to 21 or cesser of tertiary education. The father was also ordered to pay to the mother a lump sum of £20,000 for the cost of moving.

The first of those three judgments, handed down on the 14th February this year, concerned applications by the mother to enforce effective payment and implementation of the 2005 order, the father not by then having paid anything. His Honour Judge Horowitz QC ordered the father to pay or cause to be paid to the Trustees the sum of £220,000.

In the second of the three judgments Mr Justice Peter Jackson made an interim freezing order against father, in order to preserve assets for the purpose of enforcement, although on the 13th April the father paid the sum of £220,000 into the trustees' bank account.

In the third judgment, given on the 19th September last, directions were given regarding the purchase of a suitable property. Unfortunately, and unsurprisingly, by that time the mother had lost the property she intended to buy, so matters are still not finalised.

This case has to be one of the best examples of how not to conduct family litigation. I will not apportion blame here, but I was amused to read that a significant reason for the father's non-attendance at the last (latest?) hearing on the 15th September was stated as a desire to protect his peace of mind from "any more of this exhausting, time wasting, and totally unnecessary litigation".

In January 2009 Mr Justice Munby (as he then was) had said that the father's response to arguments made by the mother's then counsel displayed "in equal measure insouciance, arrogance and disdain for the court and its procedures".

Perhaps sometimes one only needs to look in a mirror to find the source of one's woes.
Labels: Law Reports