As its name suggests, BJ v MJ (Financial Remedy: Overseas Trusts) [2011] EWHC 2708 (Fam) deals with the issue of how trusts should be treated in the division of assets following divorce. 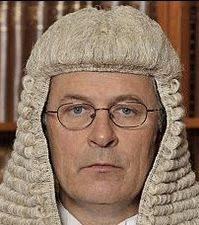 The judgment was handed down by Mr Justice Mostyn on the 27th November. It is essentially in two parts: paragraphs 1 - 24 contain a summary of the law of trusts and how they have been dealt with by the divorce courts, and the rest of the judgment deals with the case itself. The first part is, to me, the more interesting (and certainly more useful) part of the judgment. It includes an examination of the various types of trusts which are commonly encountered in proceedings for a financial remedy following divorce: cypher trusts, trusts of land, nuptial settlements and non-nuptial settlements.

Of particular interest is the discussion, with respect to non-nuptial settlements, of whether all or part of the trust assets can be attributed to the beneficiary spouse (paragraphs 15 - 17) and the related issue of drawing inferences, where "the trustees have refused to participate meaningfully or helpfully in the inquiry" (paragraphs 18 - 21).

The first part of the judgment concludes with an explanation of how the court may proceed once it has established the scale of the resources to be divided, but ends with a warning at paragraph 25:

"The only truly problematic situation is where the trust is not nuptial and where there are no or scant assets outside the trust. In such a circumstance the court might find that its findings as to the likelihood of advancement are frustrated by a refusal by the trustees to do what the court expects them to do. In such a case a deal of worldly realism is called for."

Moving on to the case itself (which I shall deal with quite briefly), this concerned a couple who were married in 1980 and have a 25 year-old son, C. The total assets were £5,914,537, of which £4,310,121 were held in trust. Mr Justice Mostyn found (at paragraph 79) that: "all of the assets in this case, including all of the trust property, amounts to matrimonial property and should, in principle, be shared equally".

However, he also found that: "the implementation of that equal sharing should reflect the clear arrangement made during the marriage, assented to by W, to set up a trust ultimately to benefit C and future generations". Accordingly, the wife's half share included a new settlement in which she would have a life interest, with remainder to C.

The award was on a clean break basis, even though the wife retained a share of the family business and a charge was imposed upon the property in which the husband resides, in favour of the trustees of the new settlement. As Mr Justice Mostyn stated at paragraph 85: "The court has to strive to make the break as clean as is reasonably possible, but I emphasise the qualification. Fairness is not to be sacrificed on the altar of finality".
Labels: Finance/Property Law Reports