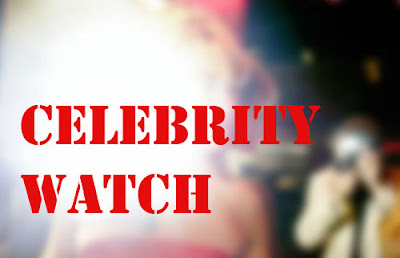 For reasons that escape me, I've once again been negligent in reporting the marital shenanigans of our celebrity role models. How remiss of me. I shall make up for it now by imparting the shock news: Kim Kardashian is divorcing her husband Kris Humphries after being married for just 72 days.

Yes, I know this was totally unexpected, particularly after the sum of $10 million was apparently spent on the wedding. "What a waste of money" many are shouting. True, but I'm sure the fact that the couple reportedly made $18 million from magazine deals, TV coverage and endorsements may have softened the blow somewhat.

Of course, there are some doubters who are asking whether the whole thing was a stunt. Perish the thought.

I shall leave this sad tale with this Twitter reaction, found on BuzzFeed: 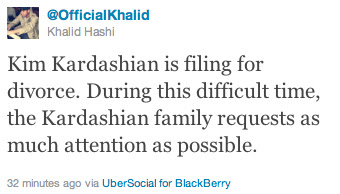