I agree with Nick Clegg 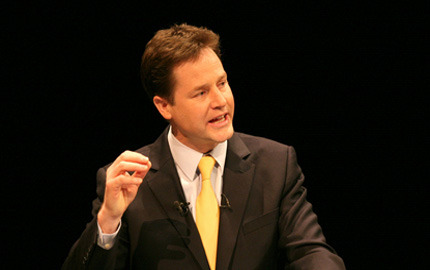 I'm not ashamed to admit it: I agree with what Nick Clegg says regarding families and marriage.

Despite the many headlines, what Nick Clegg said regarding families and marriage in his speech to Demos and the Open Society Foundation was actually quite brief:


"The institutions of our society are constantly evolving. Just look at the way the roles of men and women, and attitudes to marriage and divorce, have changed over the last century.

"We should not take a particular version of the family institution, such as the 1950s model of suit-wearing, bread-winning dad and aproned, homemaking mother – and try and preserve it in aspic.

"That’s why open society liberals and big society conservatives will take a different view on a tax break for marriage. We can all agree that strong relationships between parents are important, but not agree that the state should use the tax system to encourage a particular family form."

I believe that all family forms people choose to enter are equally valid, and none should be picked out for special treatment by the state, in an attempt to encourage more people to choose it. In any event, it is highly doubtful that the state can do much about such choices. As Clegg said to Sky News, it is unlikely that offering them "20 quid back would make much difference to people's decisions" on whether or not to get married. The state should react to social change, not try to drive it.

Conservatives will of course say that there is overwhelming evidence that marriage produces better outcomes for children, but this is not clear, and even if it were, the simple fact is that more and more couples are choosing not to tie the knot. We must deal with the situation as it is, not how some of us may wish it to be.

I realise that there are many who take a different view, including some who I respect highly, such as Marilyn Stowe, but it is not the first time that Marilyn and I have agreed to differ. On the Tory right, others have predictably got quite hot under the collar about Clegg's comments, including the old dinosaur Norman Tebbit in The Telegraph (who seems most offended at the slur against the decade in which he got married) and the slightly hysterical Nick Wood in the Daily Mail, but I am not sorry to differ from them.

Incidentally, I also agree with Nick Clegg regarding an elected House of Lords, but don't tell anyone...
Labels: Cohabitation Marriage